Mukhbir is an urdu word which means a secret agent, in terms of security agencies, Mukhbir is an unsung hidden hero who is always there to provide the most crucial information to the authorities to solve the happening of the crimes. Law and order is a crucial characteristic of progressive, civilized societies. It is a fundamental responsibility of the government to provide a safe and orderly environment that is implemented through various departments and agencies. A highly skilled team of IT industry professionals, experts and researchers at the National Center in Big Data and Cloud Computing (NCBC) affiliated lab Crime Investigation & Prevention Lab (CIPL) - ITU have developed a real-time anonymous crime reporting android application named "Mukhbir", which will facilitate the general public to report crimes happening around them anonymously, so that relevant security authorities can perform suitable actions accordingly. The general public will also have the ability to report and visualize the reported crime details via Mukhbir android application. Mukhbir application can be downloaded via Google play store i.e. https://play.google.com/store/apps/details?id=com.cipl.mukhbir 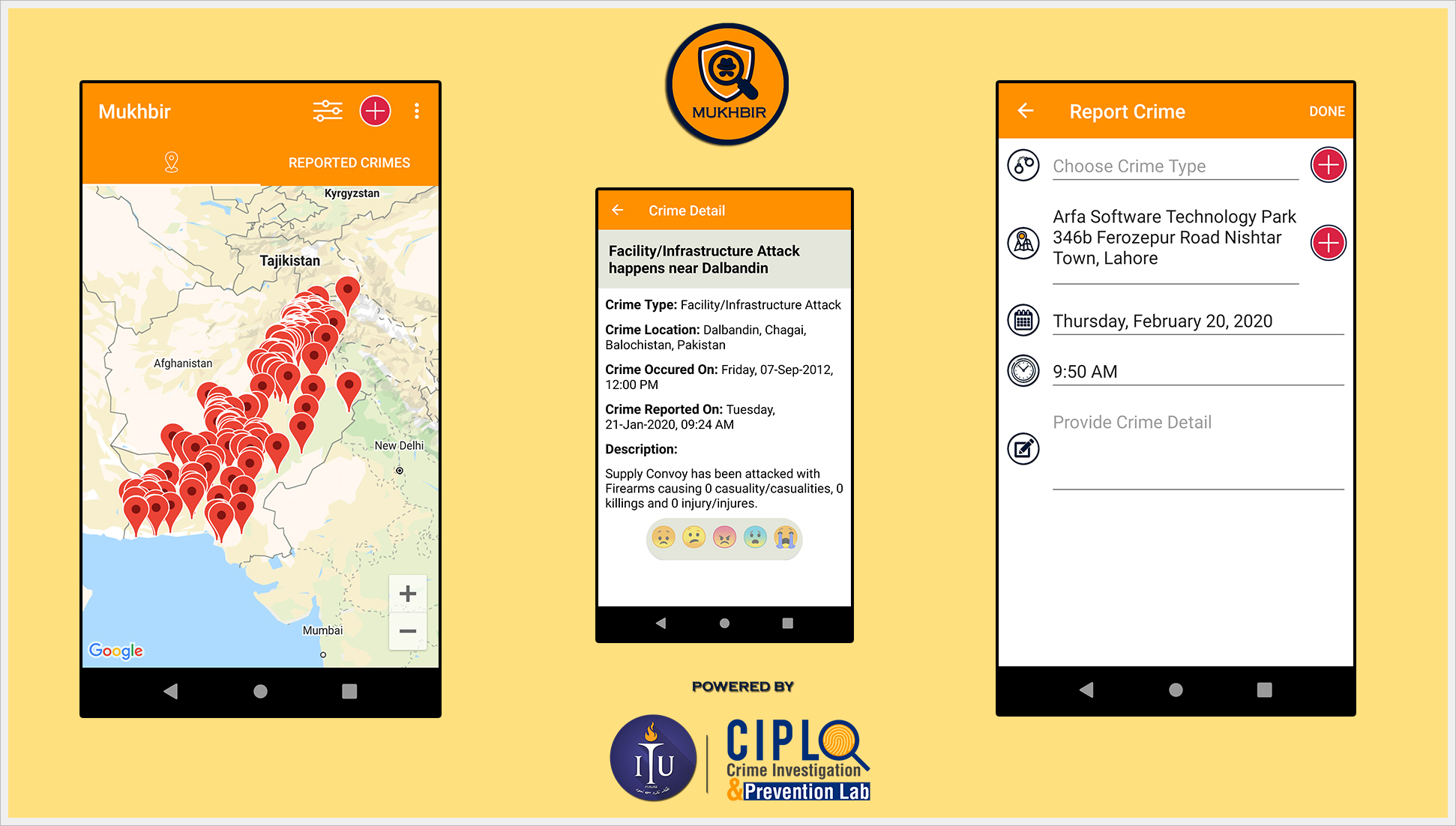 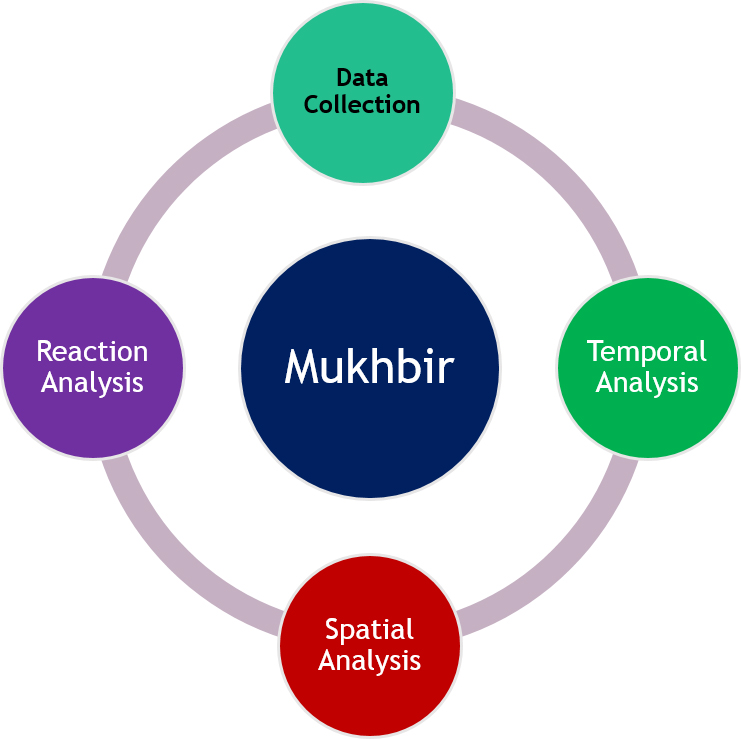 2.  Analytical Use Cases of Mukhbir

For further research and development case studies, the utilization of Mukhbir application will lead to the following set of analytical use case i.e. 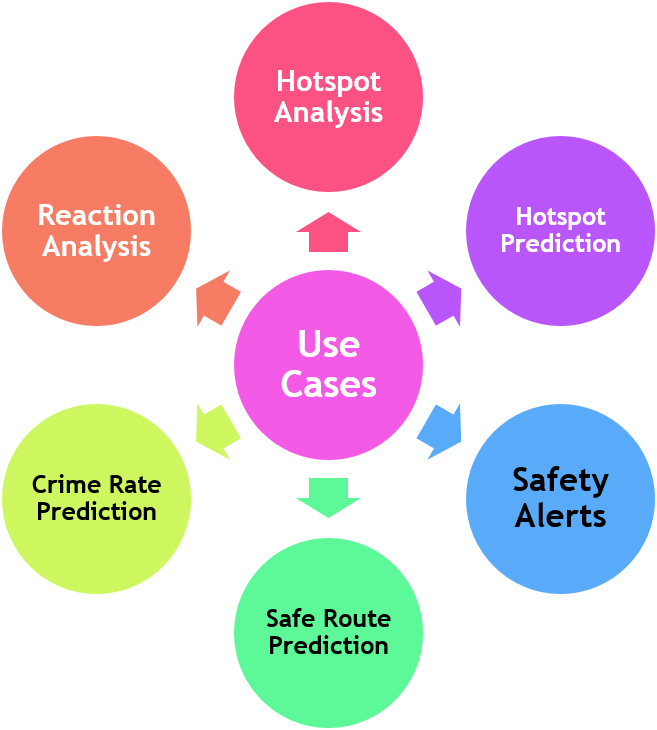 Figure-3: Analytical Use cases of Mukhbir

3.  Real-Time Reporting and Analysis of Mukhbir

A Real-Time Analytical Dashboard has been developed, which provides rich interactive in-depth analytical visualizations. Data of the provided dashboard is collected in real-time via Mukhbir android application. Each time a crime is reported via Mukhbir android application, an immediate real-time analysis will be updated on the dashboard. The real-time analytical dashboard is not accessible to the general public, it is developed to share interesting insights with the the relevant authorities in order to perform suitable action. The reporting dashboard provides interesting findings and insights about the reported crimes over the time series, regional base and reported crime categories based analysis.

The real-time dashboard provides a geographical glimpse into the crimes reported in Pakistan. This geographical visualization will help in developing an understanding of crime patterns and trends. It will also help in resource allocation and geographic profiling of criminals and suspicious locations. Figure-6 shows reported crimes by location mapping on the geographical map. 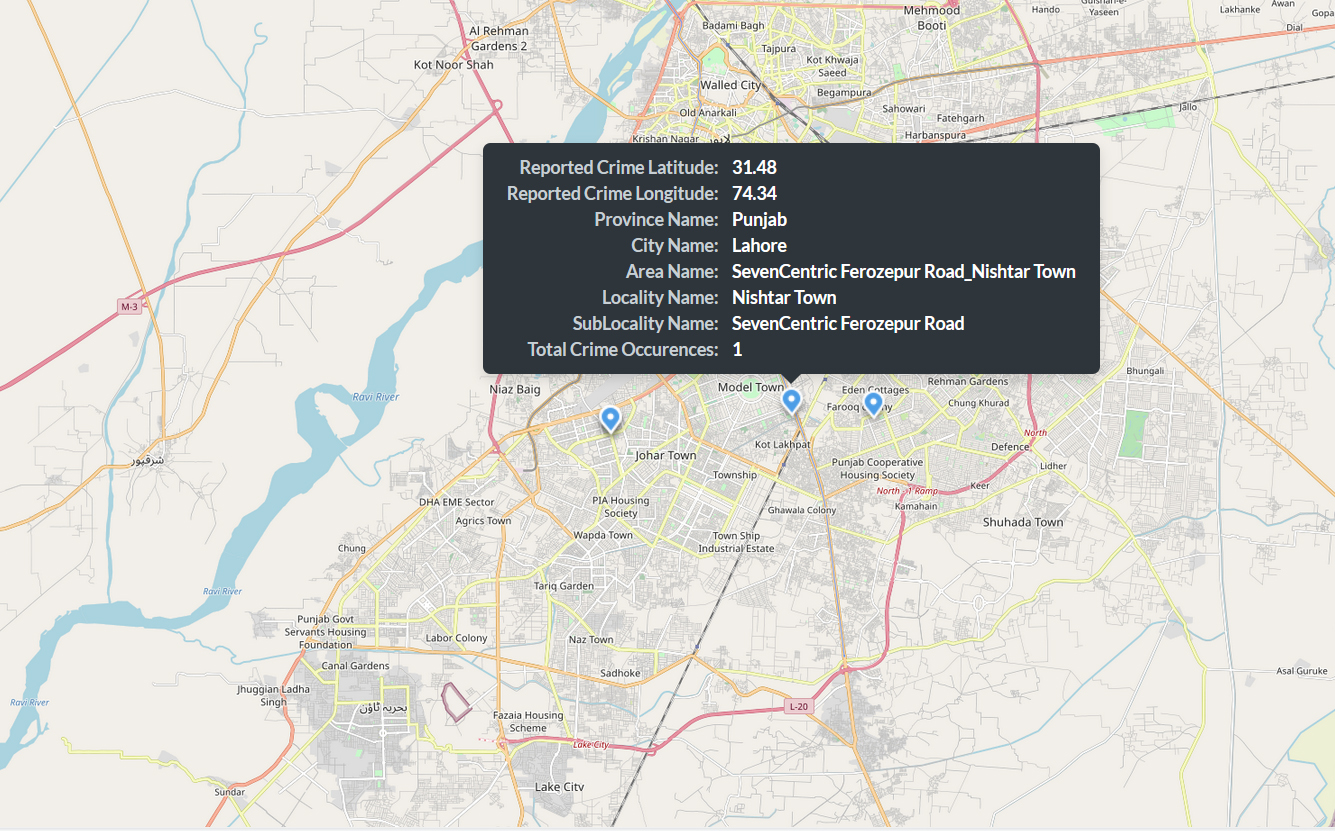 The real-time analytical dashboard also provides many filters that are helpful in narrowing down suitable insights to develop more understanding of the reported crime data. Figure-8 shows a list of filters that are available on the dashboard i.e.

Figure-9 shows a glimpse into one of the filters. The analytical dashboard has the ability to cross filter dataset for gaining deeper insights in real-time. For example, in Figure-9, crime type robbery has been selected from the “Filter By Crime” filter. 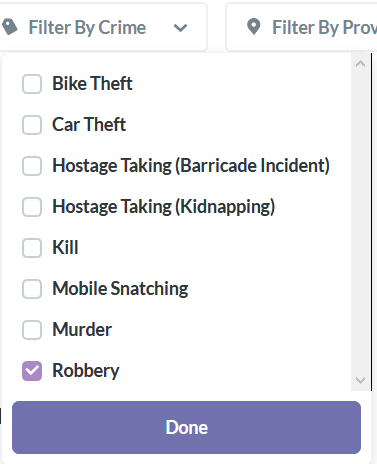 When the filter in Figure-9 is applied then the entire analytical dashboard will be updated as shown in Figure-10 and Figure-11 which are showing the analytical trends for the Robbery.

CIPL team has a separate specialized analytical tool to store, organize, visualize, and display location-based data to easily identify crime patterns. Tool can load different type of datasets like .csv and .geojson. The tool has amazing features of filtering to customize the geographical map. The tool has the features to add multiple layers on the map by uploading different datasets at once. The tool has different map themes like satellite, dark and white.

In Figure-12, the Lahore district boundary dataset has been uploaded into the tool. The dataset consists of only one entry. All towns and union councils of Lahore are in this boundary. Polygons are used to highlight a particular geographical area of a city or a country. The map is showing the polygon boundary for the Lahore city.

In Figure-13, the Lahore town dataset has been loaded into the tool. The Dataset has 10 entries for the towns in Lahore. All the shapes are Polygon as they are showing the boundary of the town area. The analytical data ingestion platform shows the detailed menu when a particular boundary is selected.

The area of a union council is a territorial unity, whose boundaries do not cross the limits of Metropolitan Area, Municipalities or the District.  In Figure-14, the Lahore Union Council dataset has been loaded into the tool.  The geographical map is showing the results for the 153 union council entries.

The geographical map can be customized by applying filters. The Filter by column value analysis enables you to filter a map layer by a selected column from your dataset. If you are familiar with using SQL, this is similar to a typical WHERE operation on a database. You can select the column to be filtered and define limits, or a range of values (depending on your data). In Figure-15, Johar town has been chosen and the geographical map is showing the results with only one union council that has been selected.

Figure-15: Filtering of the Map

Lahore district has been divided into ten towns, each town consists of a group of several union councils. The tool can add multiple datasets and all datasets have been loaded with layers. Since each of these polygon data points represents a layer on the geographical map, the tool has a feature of toggling the layers on and off. In Figure-16, three following datasets have been loaded into the tool i.e.